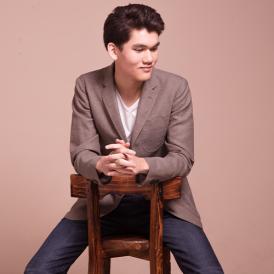 Born in Schiedam, Belgium, in 1999. Considered one of the youngest members of the pianist generation of his country, he started to perform in public at the age of six, and he made his first appearance with an orchestra at 12. He has received several awards in Poland, Slovenia, Netherlands, Belgium, and Italy. In 2021, he became a Young Steinway Artist. An active performer, he has given recitals in Netherlands, Germany, Italy, Spain, Austria, Poland, Slovenia, Czech Republic, Latvia, Belgium, and China. In 2017, he entered the Mozarteum University of Salzburg to pursue studies with Pietro de Maria. He currently does so with professors Diane Andersen and Aleksandar Madžar at the Royal Conservatoire of Brussels.