The Reina Sofía School of Music has a concert hall at its headquarters, the Sony Auditorium, that plays a leading role in its academic project. This space has been conceived as a chamber music hall and features an average of 150 concerts annually starring students and professors from the School as well as renowned international artists.

The auditorium is the work of architect Miguel de Oriol e Ybarra, with acoustics by Vicente Mestre and an organ built by Gehrard Grenzing, and has a stage that measures 91.31 square metres and seating capacity for 351 people, distributed between the stalls (278) and first mezzanine (73).

The Reina Sofía School has developed the Seat Associates programme, where sponsors can support the School's project by having one of the seats of the Auditorium permanently named after them. 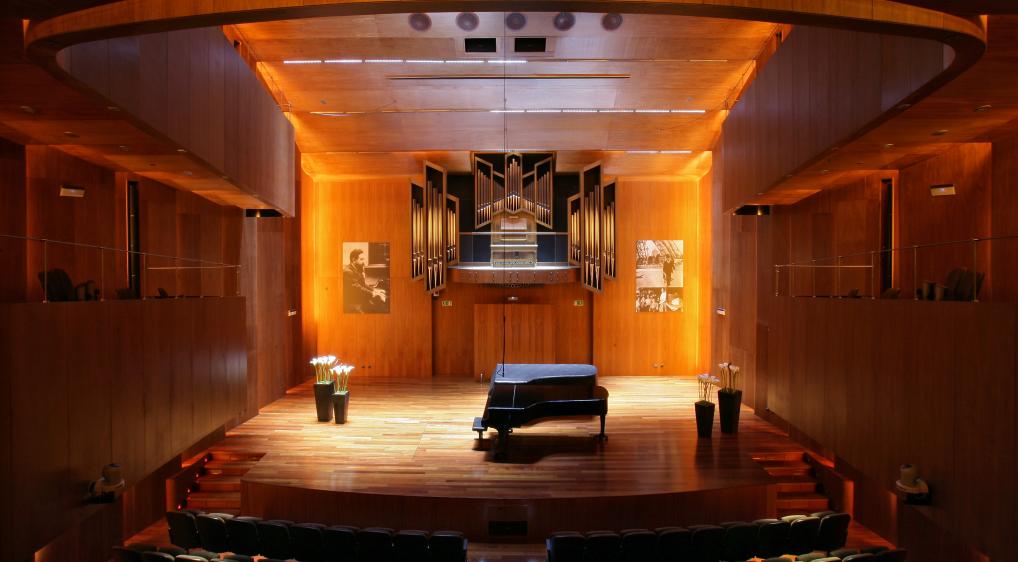 The auditorium also has: