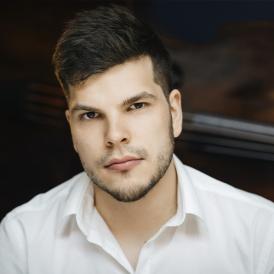 Born in Tampere, Finland, in 1996. He is currently studying at the Hochschule für Musik Hanns Eisler with Matthew McDonald. He also participates at the Staatskapelle Orchestral Academy of Berlin, where he receives tutoring from Otto Tolonen. Regarding orchestral activity, he plays with the Deutsches Symphonie-Orchester of Berlin and the Helsinki Philharmonic. As soloist, he performs with the Baden-Baden Philharmonic and the Chamber Orchestra of the Tampere Music Academy. He has been involved in several chamber music projects all over Europe with artists such as Malin Broman, Lauri Angervo and Marcelo Nisinman, and he has been part of the Tampering-festival of modern music in his city since its beginning. During his career, he has been granted support by the Finnish Cultural Foundation and the Wihuri Foundation.