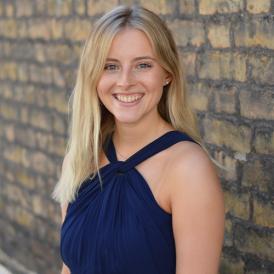 Soprano born in Leicester, United Kingdom, in 1997. She just finished her first year of Master’s Degree at the Royal Academy of Music in London under the guidance of Mary Nelson, where she completed her degree with Honours in 2021, having received the Ethel Blisand Prize for her achievements. She has been soloist under the baton of Dame Jane Glover in St John Smith’s Square. In 2021 she made her debut at Opera Holland Park and Silent Opera. In her home country, she has performed in places renowned for their prestige such as the Royal Festival Hall, Cadogan Hall and the National Opera Studio.