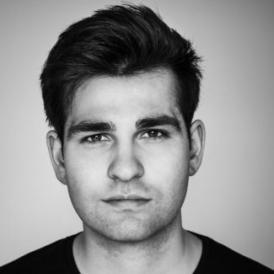 Born in Paris (France) in 1995, tenor Florian Panzieri is currently studying on the Opera Course at the Guildhall School of Music and Drama in London. He will be playing the role of Prince Charming in Viardot’s Cendrillon, and Silvio in Bizet’s Le Docteur Miracle. He recently finished a tour performing Don Ottavio from Mozart’s Don Giovanni and was cast as Marzio in Mozart’s Mitridate at Garsington, to be rearranged due to COVID. Some of his concert performances include the Chichester Pslams with the LA-Philharmonic and a collection of Debussy song at Barbican Hall. He is incredibly grateful to the Worshipful company of Mercers and the Countess of Munster Trust for their incredibly generous contributions to his studies.