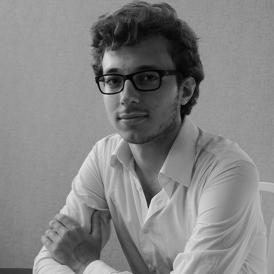 Born in 1995 in a musical family. At the age of four, he began to play the violin, an instrument with which, even before studying with Marco Rizzi and Nachum Erlich, he had won several national and international awards in the categories of solo violin and chamber music. While he was preparing his degree in music, he began to compose and make music arrangements. He founded the Borsch4Breakfast sinti jazz band, and he became an Erlich-Quartett violist. Fascinated by the sound, he then went to study viola with Roland Glassl in Munich. He has performed principal viola with the Junge Deutsche Philharmonie and he was an academist at the WDR-Sinfonieorchester.