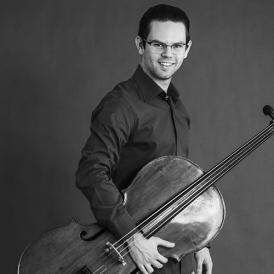 Born in Sagunt, Spain, in 1997. He was awarded the End-of-Degree Prize by unanimity and was granted a scholarship by the Royal Northern College of Music, where he studied for 4 years with Eduardo Vassallo. Hochschule der Künste Bern awarded him, with his trio, as Excellence Gruppe. He also has a scholarship from Vontobel Stiftung. During his post-graduate time, his most renowned professors were Sol Gabetta, Claudio Martínez Mehner and Sergio Azzollini. Settled in Switzerland, he will pursue the Year of Excellence at the Hochschule für Musik FHNW in Basel with Rafael Rosenfeld. He has been a member of the Gstaad Festival Orchestra, EUYO, JONDE, Nationaal Jeugd Orkest, and the BBC Proms Youth Ensemble. He has worked with François-Xavier Roth, Heinz Holliger, Jaap van Zweden, Sakari Oramo, Henning Kraggerud, Hossein Pishkar, Jonas Kaufmann, and Anastasia Kobekina. He plays a 18th century cello.