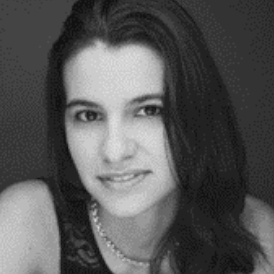 Graduated from the Higher Institute of Arts of Cuba with a Gold Diploma award. Karla was granted a Carolina scholarship, with which she completed a musical postgraduate course at the Liceu de Barcelona, with pianist Tensy Krismant. Karla was granted two more scholarships from the Albéniz and Maec-Aecid Foundations that led to completing a master’s degree in musical Interpretation at the Reina Sofía School of Music in Madrid, with the prominent professors Dimitri Bashkirov and Denis Lossev.

Karla was awarded the Most Outstanding Student in the Chamber Music Department Diploma as a member of the Danzi Group directly from Her Majesty Queen Sofía of Spain (2016).
Karla won the María Clara Cullell Piano competition in Costa Rica, the Musical Youth Piano Competition in Vilafranca del Penedés and the Cicle de Primavera Piano Competition in Barcelona, Spain. She was also awarded at the Amadeo Roldán and Musicalia de Cuba piano competitions and in chamber music at the L`Arjau and UNEAC Competitions.

Karla´s piano performances have taken plave at concert halls and music festivals throughout Cuba, America and Europe. She has performed as a soloist with the Cuban National Symphony Orchestra and the Cuban Eastern Symphony.
She is a member of the chamber music ensembles: KAD trio, Duo Ópalus, Duo Yarey and Brises Ensemble.

Karla has worked with renown musicians of various music styles such as: guitarist, composer and director Leo Brouwer, orchestra directors Baldur Brönnimann, Ronald Zollman and José Antonio Méndez, soprano Bárbara Llanes, baroque oboist Alfredo Bernardini, early music ensemble Ars Longa, saxophonist Pedro Pablo Cámara, jazz trumpet player Yasek Manzano and singer-songwriter Liuba María Hevia, amongst others.
Karla participated in “20 Pianos” Colibrí CD-DVD record label with music by Ernán López-Nussa, which won a Cubadisco Grand Prize in Cuba 2012.
Karla has been music teacher since early in her career. She has worked at the "Amadeo Roldán" Conservatory in Havana, the Higher Institute of Art in Cuba, the "Katarina Gurska" Higher Center of Music in Madrid, the Coscyl (Higher Conservatory of Castile and León) and is regularly invited to give lectures during Reina Sofia School of Music Summer Camp.
Karla is a current professor at the Royal Conservatory of Madrid and combines her teaching and concert activities with the promotion and dissemination of Cuban artists, performing and recording their works.