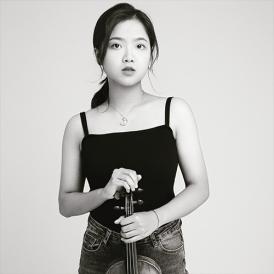 Born in Quanzhou, China, in 2000. She began her musical studies at the secondary school associated with the Conservatory of Shanghai with Mengla Huang, and she furthered them with Latica Honda-Rosenberg at the Berlin University of Arts. Additionally, she has attended masterclasses by Lewis Kaplan, Regis Pasquier, Sebastian Schmidt, Nam Yum Kim, Koichiro Harada and Michiko Kamiya. She has given violin and chamber music recitals and has performed as soloist with the philharmonic of Shanghai and Quanzhou. She has been awarded in several competitions, such as first prize and audience award at the International Music Competition in Vienna, the Neustadt International Competition, and second prize at the Shanghai Chamber Competition. She was also semi-finalist at the Tonali Competition. She has also participated at the musical festivals of Ljubljana, Ishikawa, Crescendo Berlin, and Blackmore.