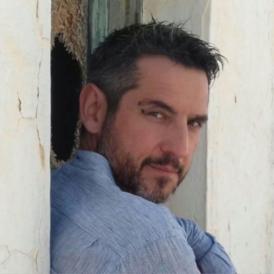 Born in Madrid, he is a piano and music teacher, as well as conductor and founder of several choirs, with which he usually works the Renaissance and Baroque repertoires. He has also attended several courses on ancient music about Barroque organ, harpsichord, and choir conducting. His first time on stage was with Poulenc’s opera “La voix humaine” at the Are More Music Festival (Vigo, 2003).
From 2004 to 2010, he worked at the Staatstheater in Darmstadt, where he conducted the world premieres of “La Cuzzoni” and “Lord Byron”. Other operas he has conducted include “I Puritani”, “Die Zauberflöte”, “Otello”, "Faust", “La Boheme”, and "Carmen". He has also worked in music halls such as the Staatstheater Braunschweig, Teatro Arriaga, Teatro de El Escorial, Kursaal, Teatro Gayarre Pamplona, Teatro Principal in Palma de Mallorca, and Teatro Pérez Galdós in the Canary Islands. He has taken part in the Perelada, Mozart, La Coruña and Titulcia Festivals, as well as in the ABAO Festival in Bilbao.
He has won the third prize in the European Competition of Stage Directing “EOP Camerata Nuova” (Wiesbaden, 2005) with his Project about G. Rossini’s “La Cenerentola”, and he has been finalist of the Opera Conducting International Competition with Handel’s “Alcina” (Prague, 2007).