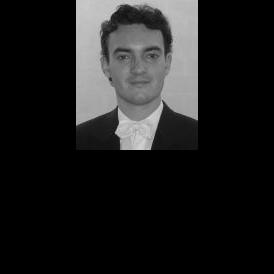 He was born in Switzerland in 1971. He began his musical studies in Valencia (Spain) and later on in Freiburg, Hannover and Berlin (Germany). He currently is Deputy Professor and Orchestra Perfectioning Professor at the Basoon Department of the Reina Sofía School of Music with Head Professor Gustavo Núñez.
He was member of the Spanish National Youth Orchestra (JONDE) from 1988 and 1990 and of the European Union Youth Orchestra from 1990 to 1993. In 1993 he entered the Karajan Academy of the Berliner Philharmoniker, where he participated in the season concerts of the orchestra. From 1994 to 1997 he went on tour with this orchestra through Europe, USA and Japan, which allowed him to get to know some of the best conductors of all over the world, such as Carlos Kleiber, Claudio Abbado and Bernard Haitink, among others. He also took part in the Wind Octet of the Berliner Philharmoniker. From 1991 to 1992 he was member of the Symphony Orchestra of the Principality of Asturias. From 1998 he is bassoon soloist of the Symphony Orchestra of Madrid (the orchestra of the Teatro Real) under the baton of Jesús López Cobos.
He has given perfectioning courses at the JONDE, Youth Orchestras of Murcia and Castellón, and the Luzerne Festival in 2005, 2006 and 2008. He has taken part in the Orchestra Conducting courses of maestro Jesús Lopez Cobos at the University of Alcala de Henares in 2006 and 2007. He has also conducted several orchestras and chamber ensembles in Madrid, Santander and Bilbao, among other cities.