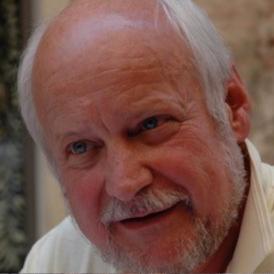 Günter Pichler was born in Austria, in 1940. He began his studies at the Academy of Music in Vienna in 1955. He was appointed Leader of the Vienna Symphony Orchestra when he was 18, and at the age of 21, was engaged by Herbert von Karajan as Leader of the Vienna Philharmonic Orchestra. Since 1963 he has been Professor at the University Music Department in Vienna and Guest Professor in Cologne since 1993. In 1969 he was awarded the "Mozart Interpretation Prize".

In 2007 he was appointed Head of the String Department of the International Institute of Chamber Music of Madrid. He also taught master classes at several prestigious summer academies.


Many of his students have won international awards, in major orchestras are concert masters, teachers in colleges and universities and develop careers as soloists and chamber musicians in concert halls internationally. Among his students are the most important and successful groups of European chamber music, for example, the Artemis Quartet, Belcea, Casals, Fauré, Trio con Brio, the Atos Trio, Eggner and Morgenstern.


In 1970, he created the Alban Berg Quartet and has led ever since until their separation. He is an honorary member of the Vienna Konzerthaus Society Associated Artists and the Royal Festival Hall in London and has been honored with over thirty prestigious awards.

He subsequently embarked upon a career as a conductor to give further expression to his musical ideas, thus complementing his work in the quartet, and made his conducting debut at the Vienna Konzerthaus with the Vienna Chamber Orchestra in January 1989.