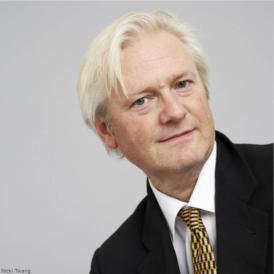 Lars Anders Tomter is one of today’s most outstanding violinists. The Giant of the Nordic Viola (The Strad) was born in Hamar, Norway. He began to play the violin and the viola at the age of eight. He learned to play both instruments with Professor Leif Jørgensen at the Oslo Music Conservatory and the Norwegian State Academy. He then continued his studies with Professor Max Rostal and with Sándor Vegh. In addition, he was awarded a special prize for his interpretation of Bartók’s Viola Concerto at the International Viola Competition in Budapest in 1984 and then won the Maurice Vieux International Competition in Lille in 1986. Lars Anders Tomter has distinguished himself by performing new music extensively, including the world premiere of four concertos by Ragnar Söderlind, Erkki-Sven Tüür, Rolf Wallin and Anders Eliasson, which have all been written for him. In 2011 he recorded Vagn Holmboe's Viola Concerto with Norrkoping Symphony Orchestra, released on the Dacapo label. In 2015 he recorded Poul Ruders' Viola Concerto with the Aarhus Symphony Orchestra and in 2016 he performed Egil Hovland's Viola Concerto with the Oslo Philharmonic.

His large repertoire includes all major contemporary works, and he has recorded for Simax, Naxos, Virgin Classics, NMC, Somm and Chandos. Lars Anders Tomter is a Professor at the State Academy in Oslo, supervising a number of Norway's most talented string players. In 2013 he was appointed guest professor at the Royal Danish Music Academy, Copenhagen. He plays a Gasparo da Salo viola from 1590.