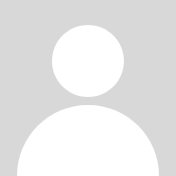 Born in Obernai (France), she began her music studies at an early age. Later on she graduated in piano and violin at the Angers Conservatory and in 2003 in viola in Gérard Caussé’s Department at the Conservatoire de Paris with honors. From 2004 to 2006 she studied at the Reina Sofía School of Music in Madrid, in the BBVA Foundation Viola Chair, first under Professor Gérard Caussé and later under Professor Diemut Poppen. She was handed in by HM Queen the Diploma to the Most Outstanding Student of her Chair. After studying at the Reina Sofía School, she performed in the most prestigious halls in Spain, both as a soloist and as part of several chamber music ensembles. In 2006 she furthered her studies at the Chamber Music Institute in Madrid (IMCM). The following year she was offered a job as viola professor at the Symphony Orchestra of Madrid (Orchestra of the Teatro Real), where she currently is a tenured professor. She is a founder member of the Moeran String Quartet, formed by members of the Symphony Orchestra of Madrid. Since the 2014-15 academic year she is Assistant Professor back at the Reina Sofía School, in the Fundación BBVA Viola department, with Head Professor Diemut Poppen.