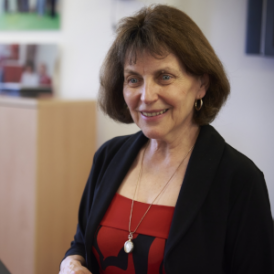 Born in Budapest, Hungary in 1953, she began her piano lessons at the age of five. Gulyás studied in Budapest at the Liszt Ferenc Academy for Music with István Lantos and Erzsebet Tuse. After graduating, she was awarded a scholarship to study at the Tchaikovsky Conservatory in Moscow with the renowned pianist and Professor Dmitri Bashkirov. During her career, she was awarded the Hungarian Culture Award in 1985 and the Liszt Ferenc Prize in 1998. Márta Gulyás has performed in numerous cities and festivals all over the world.
She has made appearances with Vilmos Szabadi, Denes Kovács, Miklós Perényi, Csaba Onczay, Daniel Shafran, Gérard Caussé, Gustav Rivinius, Guy Deplus, Michaela Martin, Péter Csaba, García Asensio, Frans Helmerson, Christoph Henkel, among many others; and she has recorded records for the labels Hungaroton (Hungary) and Biblioservice (The Netherlands).
She often teaches masterclasses in Finland (Riihimäki, Lohja), Sweden (Gothenburg), Italy (Bergamo, Imola), Spain (Santander, Ávila, Salamanca), Greece (Athens), Germany (Weimar, Pommersfelden), and Hungary (Keszthely). Márta Gulyás is at present Head Professor of the Chamber Music Department of the Liszt Ferenc Academy in Budapest, as well as Head Professor of the Department of Groups with Piano of the International Institute of Chamber Music of Madrid.