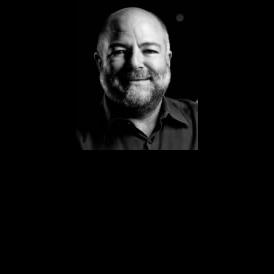 Born in Las Palmas de Gran Canaria (Spain), he studied with Almudena Cano and obtained his Bachelor’s Degree in Piano with Honours and First Class Diploma, as well as with Honors and an Extraordinary Graduation Award in Chamber Music. Later on, the furthered his studies with Katalin Némes, Marta Gulyás, György Kurtág, and András Mihály; and received musical advice of Darío de Rosa, Rafael Orozco, Bruno L. Gelber, Cristina Bruno and Ferenc Rados.

His performances in the Spanish embassies of Vietnam and Tanzania stand out, as well as concerts at the National Auditorium of Music, and his entire trajectory around Europe and the US. He has recorded for Sony España, RNE’s Classical Radio, the Hungarian National Broadcasting Company, and Channel NHK in the Japanese TV.

He has won several prizes, such as the first prize at the "Pedro Espinosa" Competition in Galdar and the second prize in the "Leo Weiner" Chamber Music Competition in Budapest. Likewise, institutions such as the JONDE, Juan March Foundation, and Musical Specialization Courses of the University of Alcalá de Henares (Madrid) usually invite him. In 1992, he represented Spain recording a radio program in the U.E.R. Competition.

He currently is Head of the Piano Department of the Conservatory of Zaragoza, visiting professor at the Summer School of Lucena, and Director of the Santa María del Paular Course in Rasacafría (Madrid). Additionally, since 1992 he is accompanying piano professor in the Aline Foriel-Destezet
Cello Chair at the Reina Sofía School of Music with head professor Jens Peter Maintz.