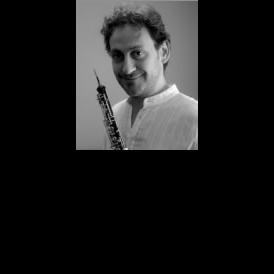 He was born in Valencia (Spain) in 1973. He began studying oboe with Salvador Tudela, completing his musical education at the Francisco Salanova Conservatory of Valencia. Later on, he also studied with Vicente Llimerá, Lothar Koch and Hansjörg Schellenberger.

He currently works as Assistant Professor at the Oboe Chair and Professor of Orchestral Improvement at the Reina Sofía School of Music.

In addition, since 1999 he is Professor of oboe at the National Orchestra of Spain (ONE), where he is also solo oboe since 2008. He has performed with the ONE and various European orchestras led by maestros such as Yuri Termikanov, Ricardo Mutti, Kurt Sanderling, Semyon Bychkov and Georges Prêtre, among others; as a soloist, he has performed with orchestras such as the National Youth Orchestra of Spain and the ONE. He also maintains a strong activity as soloist and chamber musician as a member of the Plural Ensemble specializes in contemporary music, with which he has recorded several CDs.

In 2002, he was invited by the Ravenna Festival to be part of the Musicians4UnitedEurope orchestra, composed of musicians from the best orchestras worldwide (Berlin, Vienna, and New York Philharmonics, Concertgebouw, and London Symphony.) Conducted by Ricardo Mutti, the orchestra played in New York as part of the tributes to the victims of the 9/11 attacks.

Moreover, as a writer of science fiction and fantasy, he has published various anthologies in Spain, Denmark, France and Japan.