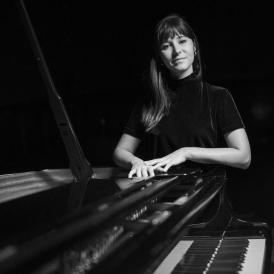 She began her musical training at the National University of Costa Rica. In 2009 she furthered her studies at the renowned Central College of Music of the P. I Tchaikovsky Conservatory in Moscow, where she studied with Anatoly Ryabov. In 2015 she finished high school in performance at the London Royal Academy of Music. She has recently graduated with Honours from a master’s in performance at the Royal Conservatorium of Brussels, conducted by Aleksandar Madzar.

She has been awarded first prize in different international competitions. She has performed several times as soloist at the National Theatre of her home country as well as abroad in United States, Russia, England, Spain and Belgium.

As a student of the School, she is currently a member of the Google Da Vinci Ensemble.