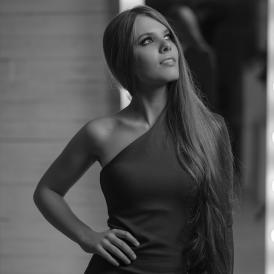 Born in Moscow, Russia, in 2004. Since 2022, she studies at the Reina Sofía School of Music’s Banco de Santander Piano Chair with professor Stanislav Ioudenitch. She has been granted a scholarship by Fundación Albéniz.

She studied at the Tchaikovsky Conservatory’s Central School of Music in Moscow with professor Natalia Trull. She was granted a scholarship at the 2020 Klavier-Festival Ruhr by Evgeny Kissin and has attended masterclasses by prestigious professors.

She is a Yamaha Young Artist. Her first CD under the Melodiya label with works by Chopin and Scribian was released in 2022.