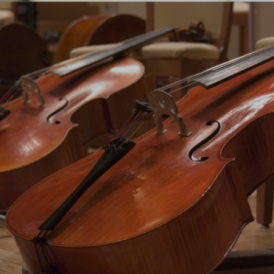 Born in Bielefeld, Germany, in 1998. Since 2022, she studies at the Reina Sofía School of Music’s Aline Foriel-Destezet Cello Chair with professor Ivan Monighetti. She has been granted a scholarship by Fundación Albéniz.

She has won the Johannes Brahms Competition, Austria, becoming the youngest winner of its history; the Antonio Janigro Competition, Croatia, and the Justus Dotzauer Competition, Germany.