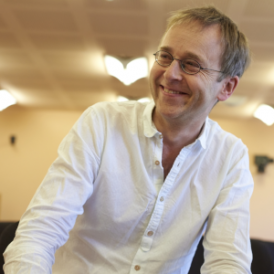 Müller was born in Hamburg, Germany in 1970. He was first and second violin of the Artemis Quartet for 16 years, with whom he has appeared in almost all the major venues in the world. The group´s most influential training came from the teacher Walter Levin and the Alban Berg Quartet.

The Artemis Quartet began his career with the first prize ARD Competition and the prize Paolo Borciani.

The group's recordings for Virgin Classics have received many awards, including the Diapson D'Or or the Echo Award - Klassik.

In addition, he teaches chamber music at the Schleswig-Holstein Festival and the Weikersheim International Campus, which is the Artistic Director.

Heime also offers classes in Paris for ProQuartet, at the Nederlandse StrijkKwartet Academy of Amsterdam, at the Chapelle Musicale Reine Elisabeth, and he taught violin Master Classes in the Oberstdorfer Summer Musical and Uttwiler master classes.