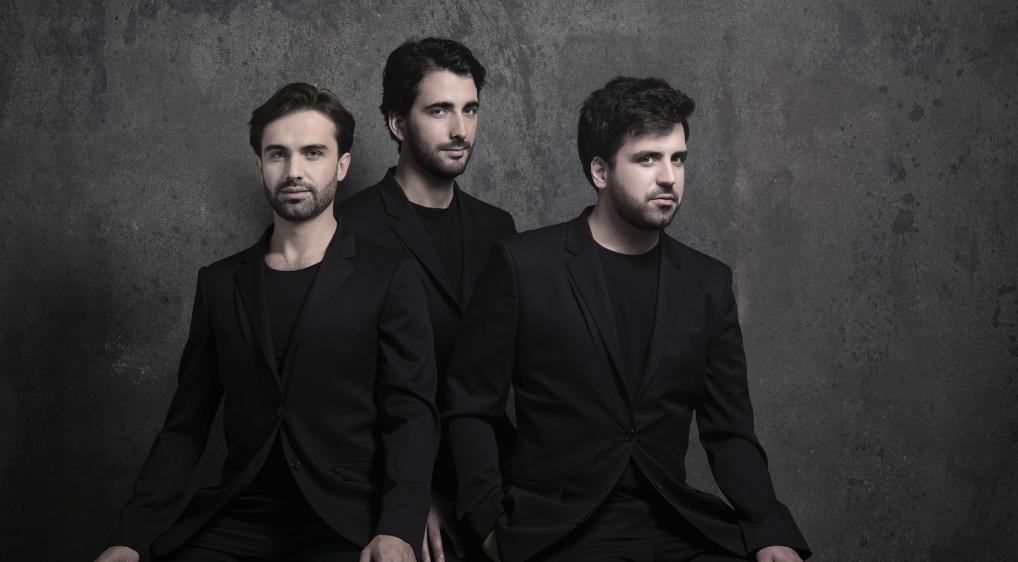 Awarded 11 international prizes, the Zadig Trio captivates audiences with its virtuosity, elegance and irresistible enthusiasm. Friendship is at the core of the Zadig Trio’s strength and authenticity. Boris Borgolotto and Marc Girard Garcia are childhood friends who studied together at the Paris Conservatoire National de Musique and at the University of Music in Vienna. Upon their return to France, they crossed paths with Ian Barber, an American pianist from the renowned studio of André Watts at the University of Indiana. The chemistry between them is immediately apparent. All three musicians are drawn by a strong desire to unite their talents, and they found the Zadig Trio.

The name comes from Voltaire’s eponymous character, Zadig (from the Hebrew for the ‘just’ and the Arabic for the ‘truthful’). Much like the music that the Trio performs, the story of Zadig is fantastically entertaining, while touching upon universal and uncompromising truths about the nature of reality.

In just a few years, the Trio has become very successful and won numerous awards, including the First Prize of the “Fnapec Musiques d’Ensemble” – in the footsteps of renowned ensemble like the Ysaÿe Quartet, the Ebene Quartet and the Wanderer Trio – as well as the Second Prize of the Fischoff Competition (USA). The Zadig Trio is now an “associated artist” in residence at the Queen Elisabeth Music Chapel. It is also a resident of ProQuartet in Paris, of “Le Dimore del Quaretto” in Italy and of the Singer-Polignac Foundation in Paris.

The Zadig Trio has performed all over the world, from the USA to Taiwan, as well as in prestigious halls like the BOZAR, Shanghai City Theater, Amsterdam Concertgebouw, Paris’ Philharmonic, Salle Cortot, and Debut with iPalpiti orchestra at Walt Disney Concert Hall in Los Angeles. In parallel with this demanding schedule, the Trio has met with great artists who have contributed to the development of its musical expression, most notably Alfred Brendel and Menahem Pressler.

Due to its auspicious beginning, the Zadig Trio has been invited to several broadcast shows on French (France Musique, France Inter), Belgian (Musiq’3 (RTBF) and Swiss (RTS2) public radios, as well as on Mezzo TV and Culturebox.

In March 2019, the Trio released its first album “Something in Between” (ffff Télérama) as homage to its French and American roots, in collaboration with the Queen Elisabeth Music Chapel, Benjamin Attahir and Bruno Fontaine. The ensemble also regularly engages in social projects, notably by playing in schools and for prison inmates.

From Haydn to contemporary composers, the Zadig Trio’s audacity and freshness gives youth and vitality to the piano trio repertoire. The depth and sincerity of their interpretations, as well as their vivid, poetic sound, make them the creators of captivating performances.

Since 2018, the Trío Zadig furthers its chamber music training with Professor Günter Pichler in the International Institute of Chamber Music of Madrid at the Reina Sofía.