First, Professor Menahem Pressler mentions that, in general, the piano sounds too loud. He also explains other issues about main voices, sound balance and rapport as group. Then, Professor Pressler makes some general comments on this work, and he talks about the other movements where cello has the principal role. He also makes a comparison with other composers and gives indications about playing the first chord together, phrasing, sound balance, and other rapport issues. They also work on corrections in accents, cello slides in a certain passage, and agogics. Finally, Professor Pressler encourages them to play always with conviction. 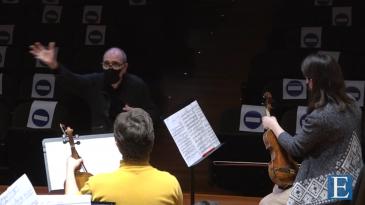 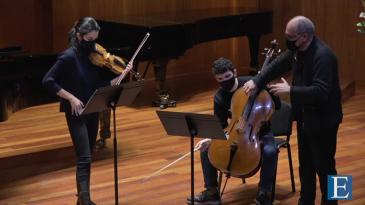 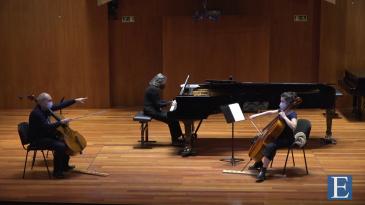 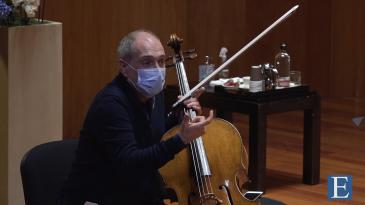 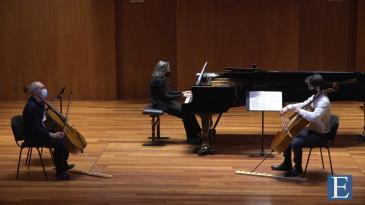 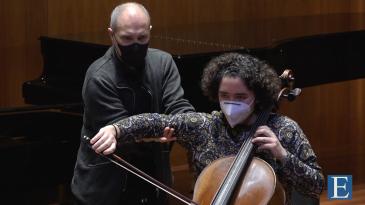